You successfully signed in.

Dr. Todd Bragg, DC is a sports and family chiropractor serving Castle Rock and the surrounding communities.  He is committed to providing customized chiropractic care, that includes home care recommendations, to assist you in your specific needs.    Whether you are experiencing chronic back pain, headaches, shoulder or other extremity pain, or simply want to have a healthy and functioning body, Dr. Bragg will take the time to listen to you and address all your concerns.

Dr. Todd is a seasoned chiropractor with over 20 years of experience.  He utilizes many different techniques in order to provide you with the best care possible.  He has treated many elite athletes including professional MMA fighters, Olympic athletes, other professional athletes, as well as the weekend warrior.  He has studied martial arts, competed in triathlons, was a power lifter, and has participated in many races such as Tough Mudder and Gladiator.  He has personally experienced many injuries which has allowed him to relate and have compassion for his patients.

Dr. Todd lives in Castle Rock with his wife Kathy of over 25 years, their adult daughter Kylie, and their two rescue pups, Trixee and Brewster.

Whether you are new to chiropractic, have had a lot of care in the past, or simply have questions, Dr. Todd would be happy to assist you in reaching your goals. 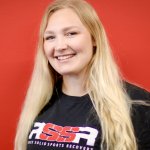 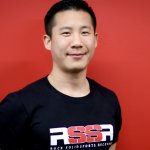 Coach Jin Yuan is from Seattle, Washington. He spent three years studying under the Washington State director for the National Strength Conditioning Association earning his B.S. in Exercise Science from Seattle Pacific University. Graduating Cum Laude and top of his class, Jin was nominated for the 2014 Washington Society of Health and Physical Educators Emerging Leader Award. During his undergraduate, Jin spent a year interning with the University of Washington’s Olympic Sports Strength and Conditioning Program. In 2016, Jin completed an internship at EXOS’s working with many Division 1, NFL, NFLPA, and UFC athletes. He was immediately hired on as an EXOS Performance Specialist upon internship completion to work with Sereno FC and Valparaiso FC youth soccer teams. Much of Jin’s success stems from his mentorships under some of the best coaches in the industry. This has allowed him to develop a systematic approach for athletic development to coach any athlete at every level.  After being recruited to Landow Performance in 2017, Jin has helped produce 25, and counting, NCAA Division 1 athletes in various sports.  He is a certified EXOS Performance Specialist and certified Eleiko Strength Coach.  He is also a certified Muscle Activation Techniques specialist which he incorporates into his return to sport protocol for injured athletes.  In the last several years Jin has helped athletes comeback successfully from serious injuries including ACL and hip/shoulder Labral reconstruction, Achilles rupture, other various foot surgeries, and bone fractures.

Learning from the best has helped me formulate my coaching philosophy, “The master navigator knows there are many roads that lead to Rome, and he finds the best road to take. And each road requires different navigation skills. Therefore, to apply each skill we must have a systematic approach to training. Within that we must train movements, not muscles, at various intensities, speeds, volumes and frequency, and in all planes of motion fluctuating at different times of the year.” 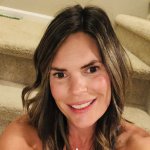 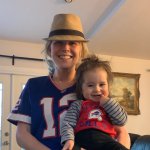